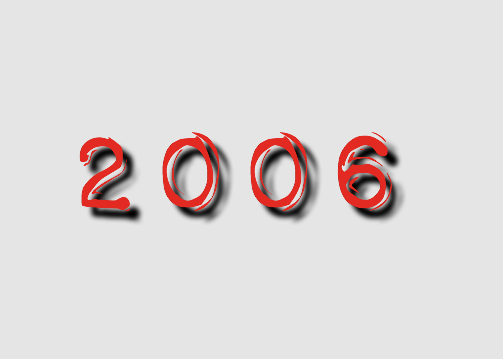 As we wind down another great blogathon, I’d like to thank each and every one of you for your great posts. I’d also like to tip my hat to my co-host for firstly coming up with the concept last year and for helping manage it again this time around. As always, it’s a real treat. With any luck we will return again next year. I will be adding each of these pieces to my Decades sub-menu so if you ever want to go back and catch up on something you missed, feel free to visit that drop-down menu up top.

For my entry I’ve decided to go with another contemporary release, realizing this would be a great opportunity to give Spike Lee another try. So here’s my take on a film he released now ten years ago:

Inside Man has Clive Owen to thank for delivering big in a decidedly (and brilliantly) complex role that sees him holding up a Manhattan Trust and many of its employees and patrons, confident he has planned for every possible outcome and disaster. No offense to Denzel the detective, who exudes charisma and charm throughout situations no other person could, or really should — but this is Owen’s film. Owen plays Dalton Russell, a name he’s only going to say once so you better pay attention because he never, ever repeats himself.

The hold-up begins like any other: Dalton and his cronies sneak in as painters and promptly reveal themselves on the inside as anything but. They’re armed and they’re not messing around. Stress levels sky-rocket within seconds. Dalton’s got plans for the vault but before we learn what those are Spike cuts away and begins constructing the world that awaits anxiously outside the building. The closest in proximity are the swaths of police and detectives, including Keith Frazier (Denzel Washington) and Bill Mitchell (Chiwetel Ejiofor), and Willem Dafoe’s Captain John Darius.

Elsewhere, Arthur Case (Christopher Plummer), founder and chair of the board of directors of this particular branch, is informed of the developing situation. Even though he luxuriates in a cavernous living room, the rich mahogany of its ornate interior boasting a life brimming with accomplishment and prestige, his concern lies with a single safety deposit box in the bank’s vault. He calls in a favor from fixer Madeleine White (Jodie Foster) to help him recover it, for whatever it contains could be embarrassing if it ever fell into the wrong hands.

Yeah, embarrassing. Let’s go with that.

If Owen is the standard to which all other performances must rise Foster proves to be the bare minimum you can get away with, playing a character so deeply rooted in some ethical and moral grey area you’re not sure if she’s being intentionally vague or if the actor ever believed in the part. Despite another wooden performance, she does manage to generate an aura of mystery as she slinks in and out of the shadows, her allegiance to any one group perpetually impossible to verify. (But are the mind games of her own creation, or is that Spike directing one of the most overrated actors working today?)

Spike’s direction assumes the role of surveillance cameras stationed at all corners of a building. The omniscience is really rewarding, as we see the extent to which this event has been planned and organized. In contrast, we come to realize the relative helplessness of a pair of detectives who want to end all of this as peacefully as possible, but who are coming up short on options — not merely because they’re bound by protocol and bureaucracy, either. In this world, the balance of power is almost entirely in the favor of the robbers. The shifting power dynamics make Inside Man a cut above your standard crime/heist thriller and one of Spike Lee’s better offerings.

Recommendation: Inside Man proves to be an involving and thoroughly surprising crime thriller featuring stellar performances from a diverse cast. Despite my qualms with Lee as a human being, his directorial talents can’t be denied. This might be my favorite of his thus far. If you can’t get enough of the bank heist thriller, I definitely would recommend this one.

Quoted: “Peter, think very carefully about how you answer the next question, because if you get it wrong, your headstone will read, ‘Here lies Peter Hammond, hero, who valiantly attempted to prevent a brilliant bank robbery by trying to hide his cellular phone, but wound up,’ [presses gun muzzle into Peter’s cheek] ‘getting shot in the f***ing head.’ Now, Peter Hammond, where’s your cell phone?”

All content originally published on Digital Shortbread and the reproduction elsewhere without the expressed written consent of the blog owner is prohibited.