Tom from the second-to-none Digital Shortbread and I are jointly hosting a brand spanking new blogathon… but it can only be great if you join us!

We’re already halfway through the 2010s and we thought it would be a good time to run a blogathon focusing on movies that were released in the fifth year of the decade.

These blogathons are only as good as the entries they receive, so we’re looking forward to receiving some fantastic contributions. 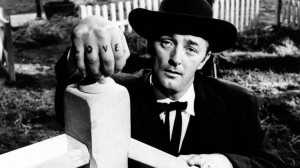 Night Of The Hunter

So what’ll it be? Michael Mann’s Heat from 1995? Steven Spielberg’s 1975 classic Jaws? The unforgettable Night Of The Hunter from 1955? The choices are huge!

We’re hoping to run the blogathon from Monday, 18 May. We’re keeping the number of entries limited to about 15 or so to stop it getting too unwieldy, so please make sure to get in touch ASAP to avoid disappointment by either dropping me an email at threerowsback@gmail.com or emailing Tom at tomlittle2011@gmail.com letting us know which film you’d like to cover (just so we don’t get duplicate posts) or for more info.

We’re both really excited to receiving your posts for what we’re hoping will be a diverse and absorbing blogathon. Thanks for reading and we hope to hear from you soon! Most importantly, though, GET INVOLVED!