The Paul Verhoeven remake train stops off at its next station with this toned-down reboot of the ultra-violent 80s classic that’s as enjoyable as it is disposable. 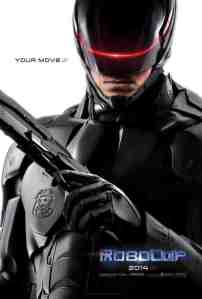 RoboCop falls flat too often and doesn’t hold together, but it’s got enough to say and does so in an entertaining enough way to make you want to comply

After the bodge-job that was the 2012 rehash of his Arnie-tastic sci-fi actioner Total Recall, Verhoeven would have been forgiven for rolling his eyes at the thought of 1987’s RoboCop being remade for a modern-day audience.

However, it’s with a certain amount of surprise to report that not only is director José Padilha’s robo-rebirth a solid action movie, but it also sneaks in a few sociopolitical points under the radar to keep lovers of the first film satisfied. 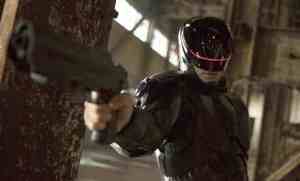 Set in the ‘near future’, the original was a gleefully sadistic shoot-em-up that, like his other sci-fi classic Starship Troopers, had a biting satirical edge.

We’re more than 25 years on and the future of law enforcement proposed in Verhoeven’s original remains just that, the future, although one that doesn’t feel that far off when you consider that we now live in a world where drone warfare exists (the film is set in 2028). 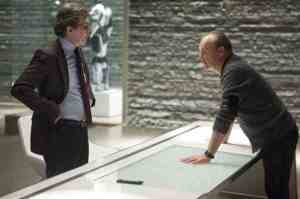 Padilha evidently has plenty of respect for the source material and retains the first film’s satirical slant, while also playing around with ideas of American imperialism in its impressive pre-credits sequence.

Giant multinational corporation OmniCorp has effectively privatised American foreign policy and wants to do the same with law enforcement; but is prevented from doing so by the Dreyfus Act. The American public is skeptical about robots patrolling the streets, so OmniCorp CEO Raymond Sellars (Michael Keaton) proposes a man be put in a machine to bring people onside. 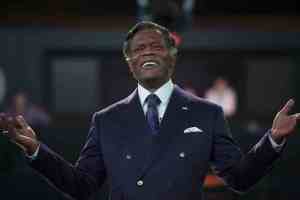 That man is Alex Murphy (Joel Kinnaman), who is critically injured by a car bomb and, with the help of conflicted OmniCorp scientist Dr Dennett Norton (Gary Oldman), is transformed into RoboCop. As the tide of public opinion turns in OmniCorp’s favour thanks to RoboCop’s by-any-means-necessary arrest policy, Alex goes after those responsible for his near-death experience, while trying to reconnect with his wife (Abbie Cornish) and son.

While broadly speaking the same movie (some of the original’s more memorable dialogue is crowbarred in – “I’d buy that for a dollar”; “dead or alive, you’re coming with me”), Padilha and screenwriter Joshua Zetumer take enough detours to make the enterprise worthwhile, most notably the relationship between Alex and Dr Norton, which runs with the Frankenstein sub-text even more than the first movie. The CG-heavy scene in which Norton reveals the extent of what’s (not) left of Alex is effectively handled by Kinnaman and the ever-reliable Oldman.

Although the domestic drama between Alex and his family probably worked on paper, it isn’t sold terribly well on screen, to the extent that Cornish spends most of the film either crying or looking like she’s about to.

Likewise, the action set pieces involving RoboCop taking on swathes of robo-soldiers or human cannon fodder are too reminiscent of a computer game, right down to the digital readout on the top right of the screen that helpfully informs us how many people/machines there are left to decommission.

While Verhoeven satirised trashy American culture through TV adverts for such family fare as the board game Nuke ’em, Padilha takes aim at America’s politically biased news media, specifically Fox News. This is done through the abominable Bill O’Reilly-esque TV host Pat Novak (Samuel L Jackson, sporting one of his most memorable hairdos), whose show The Novak Element is effectively a mouthpiece for OmniCorp. Jackson, as he so often does, makes the most of a small-ish role with a gloriously over-the-top performance.

Is RoboCop circa 2014 necessary? Not really. More importantly, is it any good? It falls flat too often and doesn’t hold together, but it’s got enough to say and does so in an entertaining enough way to make you want to comply.