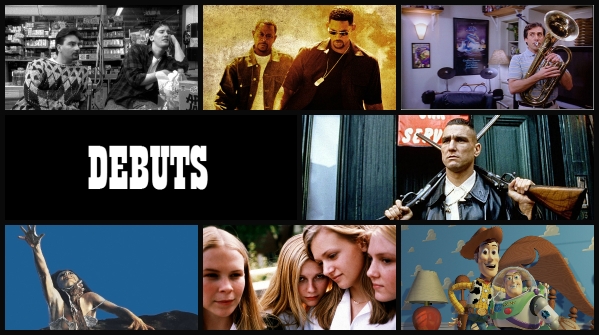 Today’s entry in the ‘Debuts’ Blogathon, hosted by myself and Chris at Terry Malloy’s Pigeon Coop, comes from Naomi at the particularly great She Speaks Movies. Naomi covers films in a way that makes you sit up and pay attention. Her review choices are always diverse, while her MovieCube section, in which she reviews three movies with the same theme in collaboration with Karamel Kinema, is always a great read. Make sure to check her site out.

When talking about ‘imports’ from the South Korean film industry, one of the names definitely bound to come up is Bong Joon-ho’s.

In 2006 his movie The Host was released and became a major game-changer in modern Korean cinema. With more than 13 million admissions, The Host is still the highest-grossing film in South Korea, seven years after its release. When talking about Bong Joon-ho’s films, people might argue that his best is his sophomore feature Memories of Murder, and his fourth film Mother was selected to represent his country in their submission for Best Foreign Language Film at the 2010 Academy Awards. Mostly overlooked by audience and critics alike, his debut feature Barking Dogs Never Bite is actually no less interesting than his other works. 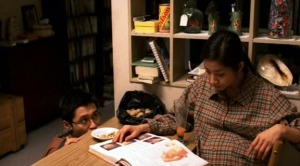 Go Yoon Joo is unemployed. He spends his days taking care of the apartment, doing everything his pregnant wife—the breadwinner—asks him to. Frustrated with his current condition, a loud yelping coming from a dog somewhere in the building irritates him even further, until one day he loses it and captures a neighbor’s dog thought to be the source of his miseries. However, Yoon Joo is not the only person in the building interested in snatching canines – a bespectacled janitor seems to have a peculiar appetite for dog meat. Park Hyun Nam, a young woman working in the apartment complex, becomes concerned about the missing dogs and, after witnessing one being thrown from the top of the building, is determined to catch the perpetrator.

As you can guess, although the characters are able to meet and interact due to the kidnapping of the dogs, that is hardly the main focus. Like Bong’s other works that follow, there are touches of sociopolitical issues, although maybe a bit less loud than Memories of Murder or less layered than The Host. Critiques on institutions are ever-present, this time by what Yoon Joo has to do to get a job as a professor in a university – a position has just been vacated and is all for Yoon Joo’s taking if only he can bribe the Dean with $10,000. 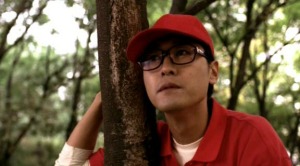 Bong is known not to have traditional heroes as the central characters in his films. Instead, mostly the main characters are these rather dim-witted, lovable losers, at least up until Mother, in which it is hard to find any of the characters lovable at all. Yoon Joo might not exactly be lovable, but since the onset it is clear that he’s, well, a loser. And Park Hyun Nam is no way superior, stuck in her dead-end job and spends her free time with her also-loser best friend Yoon Jang Mi, filling crosswords on newspapers, smoking on rooftops and drinking bottles and bottles of soju. However, Hyun Nam is a lot more lovable than Yoon Joo and Bae Doo Na gives a very candid, delightful performance; probably one of her most entertaining roles. Go Soo Hee is hilarious as Hyun Nam’s partner-in-crime Jang Mi, and also provides a memorable comic performance in The Host six years later.

Characters in Bong’s films are usually faced with problems they cannot overcome – a pair of detectives tries to find a serial killer to no avail; a family goes on a desperate search for a river monster which kidnaps their daughter; a mother desperate to prove his mentally retarded son’s innocence. Yet Barking Dogs Never Bite just might have the least sombre outcome compared to his other films. Sure there is irony, but it has a less depressing finale compared to the other films, although still packaged like every one of Bong’s films – sort of like matching bookends. The beginnings and endings of his films follow a circular pattern – he denies us definite closures. We like to think that the characters in his films continue their lives after the end credits finish. Somewhat scarred, somewhat changed, but back living the way they used to. 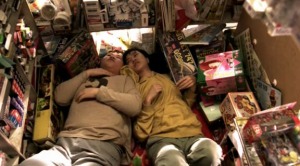 Aside from the ending, the overall feel of the film is quite cheery; maybe due to its comical sequences; maybe due to its lack of macabre subject matter – which is prominent in Bong’s other films. This quality is made even more pronounced with the music. Barking Dogs Never Bite undoubtedly has the most distinct sound of all Bong’s works. While his other films have dramatic music scores (one of my favorite composers Lee Byung Woo worked on both The Host and Mother) that are conventional in a way, this film stands out with its upbeat jazzy tunes. An ominous piano track plays during a mischievous scene and smoothly flows into a full-blown jazz track as Yoon Joo is running. In fact, expect a fun jazz track to accompany every chase scene. And even at the end of the film there is a superbly delicious jazz number. 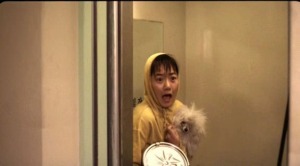 Barking Dogs Never Bite might not be a ‘quintessential’ Bong Joon-ho film on the surface. Its colourful quirkiness sets itself far apart from his other films, and the screenplay is mostly based on his personal experiences, as opposed from news stories like the latter two films. However, a recurring theme in all of his works is black humour and, compared to his other films, this one is certainly the blackest – which might be one of the reasons it failed at its time of release. Back then, the South Korean audience was not too appreciative of black humour. People were looking for a different kind of entertainment—Park Chan-wook’s Joint Security Area was released in the same year and became a huge hit. Blending comedy and tragedy seems to be one of Bong’s traits. Like how Kim Hye Ja’s character oddly dances in the beginning of Mother or how Yoon Joo desperately tries to get rid of a dog in this movie, the audience is unsure about how to react. Most of us end up stifling an awkward laugh. 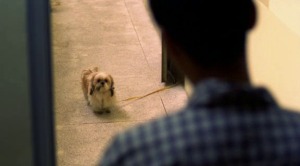 Thirteen years after his first feature film debut, the world seems to be taking even more interest in Bong. His biggest project yet (and South Korea’s, for that matter) is his latest, the much-buzzed $40 million dystopian sci-fi Snowpiercer. A while ago it was reported that The Weinstein Company, possessing international distribution rights, demanded a 20-minute cut from the international release of the film. This is incredibly unfortunate news considering how much detail Bong always puts in his films and how this might be the first film of Bong’s that is going to reach a lot of new audience, especially those unfamiliar with South Korean filmmakers.

Apart from being exceptionally detailed, Bong is known for defying genres and these characteristics become more and more accentuated in his following works. Barking Dogs Never Bite might look a little offbeat in Bong’s filmography, but traces of his trademark features are definitely there and his feature films that followed have done nothing but strengthen his position as one of Asia’s most interesting directors.

Over at Terry Malloy’s Pigeon Coop, Fernando at the one and only Committed to Celluloid is covering Alejandro González Iñárritu’s breakout Amores Perros. Head over there now by clicking here.

As if that wasn’t enough, check back tomorrow when Melissa from The Soul of the Plot casts her eye over The Pleasure Garden, the 1925 silent debut of the one and only Alfred Hitchcock. See you then!