Welcome to Day 4 of the Decades Blogathon – ‘7’ edition – hosted by myself and my blogging brother Tom from Thomas J. For those who don’t know, the blogathon focuses on movies that were released in the seventh year of the decade. Tom and I are running a different entry each day (we’ll also reblog the other’s post) and for today I’m welcoming Anand from Delighted Critical Reviews, who turns his sights on the 1997 neo-noir L.A. Confidential.

Curtis Hanson’s L.A.Confidential begins with an establishing sequence so rare in thrillers nowadays who want to dive head first into the action rather than utilize time for character development. 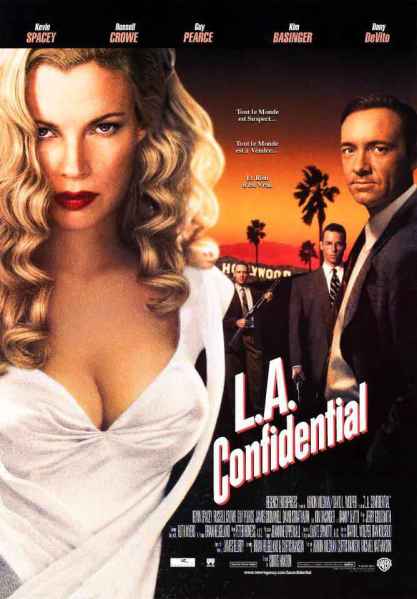 These establishing sequences are also a fitting introduction to the underbelly of Los Angeles, and three policemen who masquerade through it. The first is Officer Bud White, a righteous officer with utmost respect for women and who adheres to the principle of violence whenever it deems necessary. The second is Edmund Exley, the hard-molded principle man whose only aim is to get to the top of his game. The third is Jack Vincennes, who would put Don Johnson’s James Crockett from Miami Vice to shame with his panache.

While all of this may seem very fancy and in terms with the neo-noir approach, in these opening shots lies all there is to know about the underlying conspiracy set to unfold. So pay attention, because this is not one of those mindless action cop flicks which Hollywood generates every fortnight. This is L.A.Confidential. 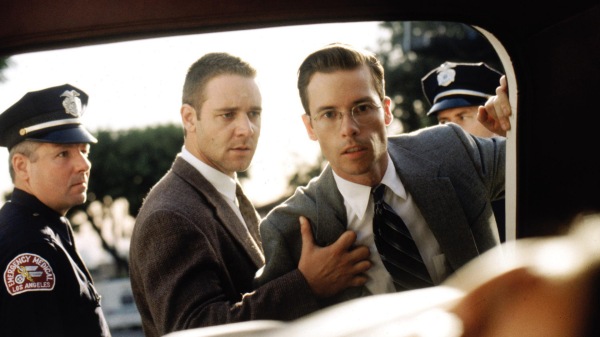 I won’t explain the plot here, for I don’t want to give anything away to you. This is one of the movies where walking into the theatre without any knowledge of the proceedings set to unfold is the best option. But, I can say this and I say this with utmost pride that if I were to ever compile a list of the best screenplays ever written in the history of cinema, L.A. Confidential would definitely hold one of the most prominent places on that list.

The first half in itself is so convoluted and staunch in nature that it is enough material for a material for a stupendous movie. But once the first half concludes, a rug is pulled to reveal the whole plot was about something else from the beginning and what you saw was just character development set in the midst of all the action materialising. 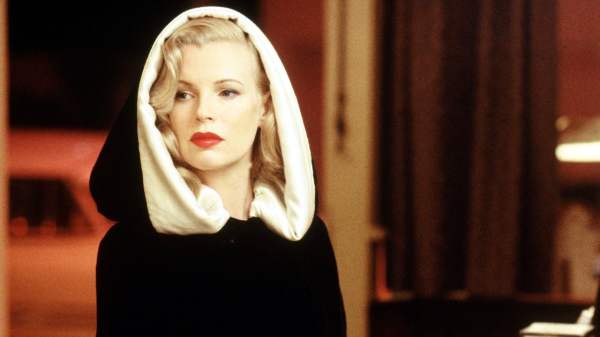 L.A.Confidential is one of the most acclaimed movies ever made, but in some ways, I detest the fact that almost none of the critics seem to have noticed its brilliance as a cop movie. Consider the dynamics between the three principal characters and there is enough dramatic tension to accentuate the overall thrill to mind boggling heights.

That’s it for this week! Join us again on Monday for more Decades Blogathon action!