It’s a shame it’s taken nine films and 17 years, but one of comic’s most iconic characters finally gets the film he – and we – deserve.

While not being nearly as good as it thought it was, the huge success of 2016’s profane and bloody Deadpool almost certainly helped pave the way for this, the third and final (we are told) solo outing for The Wolverine, aka Logan. 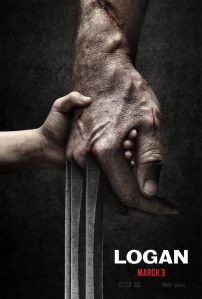 The heavily elegiac tone of the film, mixed with the sort of graphic, savage violence hitherto absent from the character’s previous appearances marks Logan out as a genuine stand out in an increasingly cluttered universe(s) of superheroes torn from the pages of copious comics.

It’s to Hugh Jackman’s credit that he refused to reprise the role until he and Director James Mangold got to tell the story they wanted. Hints at what might have been were evident in their previous solo picture, 2013’s The Wolverine, before it lost its nerve and turned into a generic beat-‘em-up involving a giant robot.

Here we finally witness the carnage adamantium claws can inflict and the consequences of “living with the killing”- to lift a quote from one of the film’s biggest influences, 1953’s Shane.

Indeed, while ostensibly a comic book movie, Logan has more in keeping with the western, particularly the sub-set of lone gunman pictures such as Shane and 1992’s Unforgiven; another picture that examines the stomach-churning impact of violence, both on its victims and perpetrators. 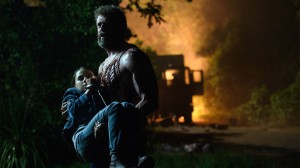 Set in 2029, the film finds the titular character a broken man, drinking heavily and surviving day-to-day. Far from being the next stage in evolution, mutantkind is on the verge of extinction and Logan and fellow outcast Caliban (Stephen Merchant) are existing on the fringes, doing what they can to look after the increasingly senile Professor Charles Xavier (Patrick Stewart).

Logan finds himself sucked into a situation inadvertently of his own making when he is approached by a fearful employee of the nefarious Transigen corporation to ferry her and 11-year-old Laura (Dafne Keen) to a supposedly safe haven called ‘Eden’. Transigen’s Dr Mengele-esque chief surgeon Zander Rice (Richard E. Grant) is prepared to go to great lengths to get Laura back, though and sends the relentless Pierce (Boyd Holbrook) and a man in black (another nod to the western) after the fleeing Logan, Charles and co. 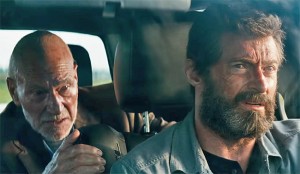 It’s been fascinating watching how Jackman has grown into his signature role over the years. Almost two decades after starring in 2000’s X-Men, the film that ushered in the new cinematic paradigm of comic book superheroes, it’s fitting that the actor’s final performance as the mighty mutant should arguably be the genre’s most mature work to date.

Based loosely on the graphic novel Old Man Logan, its themes of oppression, morality, death and the unrelenting march of time are similar to Frank Millar’s celebrated The Dark Knight Returns. Not for nothing is the film called Logan; this is the story of a man whose alter-ego he has been trying, and failing, to leave behind.

While we’ve seen him fly into a berserker rage on screen before, here the gloves truly come off as Logan cuts loose to protect those around him in scenes often filmed in exhilarating, unbroken takes. It’s a breathtaking performance from Jackman, easily his best in the role, as he finally finds some form of redemption while having to say goodbye to old friends.

Stewart is equally excellent, expressing the frustration and guilt Charles feels at having “a degenerative brain disease in the world’s most dangerous brain“ (his seismic seizures are brilliantly filmed) and being so reliant on Logan. Their scenes together are wonderfully played by the two actors, whether it be the awkwardness of helping Charles to the toilet or the father/son bickering that takes place as Logan tries to get his former teacher to take his medication. 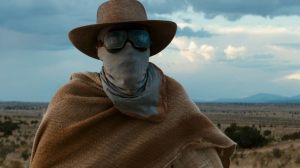 However, they are both nearly upstaged by young Keen in her first feature, giving an impressively physical turn as the mysterious young girl who spends much of the film mute and expressing everything she needs to say with her eyes.

As the Marvel and DC cinematic universes get ever more crowded and elaborate in their scale, the last stand of Logan reminds us that there is another way, one that is prepared to take risks to intoxicating effect.