You have to give Alejandro González Iñárritu his due; few directors generate as many column inches and heated opinions as the Oscar-winning Mexican. 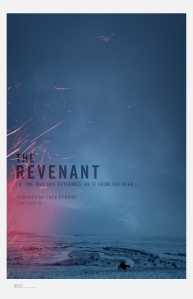 In the end, Iñárritu will always be an awards darling so long as he produces works such as The Revenant, but this work remains as cold as the snow-bound landscapes he portrays

Whereas 2015’s Birdman caused a stir upon its release, Iñárritu’s latest has divided audiences like few other motion pictures of recent years. 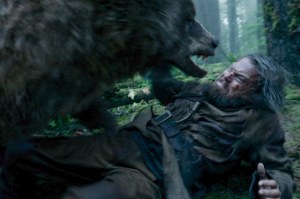 Whilst this reviewer wouldn’t go quite so far as that, The Revenant, though more effective than Birdman, is remarkably similar in its failure to generate more than respectful admiration for its technical artistry rather than the adoration the film and its director undoubtedly crave.

Iñárritu deserves credit and, yes, admiration for refusing to compromise on his artistic vision and for leading his cast and crew on what at times must have felt like an endeavour of Herzogian proportions.

It’s certainly hard to argue against the spectacle on show, courtesy of Oscar-winning cinematographer Emmanuel Lubezki (Gravity, Birdman), whose bleakly beautiful compositions give you an uncomfortable appreciation of how unforgiving – and cold – the vast wilderness of the American frontier (actually shot in Canada and Argentina) in 1823 must have been for those seeking to exploit its resources. 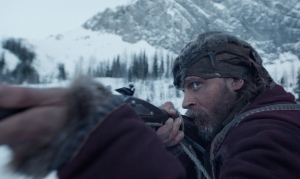 The unforgiving John Fitzgerald (Tom Hardy) in The Revenant

Among those in country are trappers Hugh Glass (Leonardo DiCaprio), his half-native son Hawk (Forrest Goodluck), the clearly unbalanced Fitzgerald (Tom Hardy in full on crazy eyes mode) and Andrew Henry (Domhnall Gleeson), who captains the party. An ambush by natives deals a severe blow, which is compounded when Glass is mauled by a bear and left clinging on to life.

Left for dead and with a thirst for vengeance following a brutal act of violence by Fitzgerald, Glass summons the will against all odds to claw his way back to life and go in search of retribution. 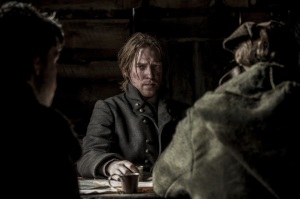 Much has been made in the media of the hardships visited upon cast and crew in bringing The Revenant to the screen and the several ‘makings of’ showing DiCaprio etc talking about eating raw bison liver or suffering near hypothermia that have appeared online are about as shameless an attempt at Oscar baiting as you’ll likely to see.

That being said, it’s nevertheless laudable watching the lengths the cast and DiCaprio especially put themselves through to achieve authenticity. Hardy mumbles and looks unhinged, while Will Poulter is excellent as fellow trapper Jim Bridger, ashamed at not having the strength of will to ignore self-preservation. This is Leo’s show, however, and the actor puts in a fully committed performance of foaming intensity, practically losing himself in the part; his every tortured expression blown up by the numerous extreme close-ups. 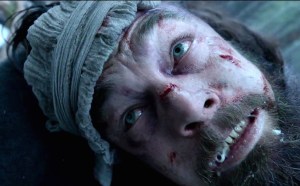 Give me an Oscar! Hugh Glass (Leonardo DiCaprio) in The Revenant

The film’s one obvious use of CGI (there are other less transparent moments) comes during the already infamous bear attack sequence, a horrifying, stomach-churning confrontation that has quite rightly earned its reputation. The attack on the trappers near to the start of the film is equally well staged, veering from one blood-spattered moment to the next as the men find themselves horribly outmatched.

All this spectacle sears itself on the corneas, but never penetrates the heart. Glass is visited on several occasions by ethereal visions of his dead wife, à la Gladiator (which the film owes a nod to), and while the narrative reasoning is understandable, these moments of strained spirituality fail to work because they feel crowbarred in to inject some form of emotional connection. 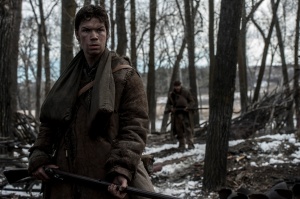 Mountain man: Jim Bridger (Will Poulter) in The Revenant

More often than not, you find yourself admiring a shot (the numerous slow motion pans of tree tops notwithstanding) and thinking of how wonderfully composed it is rather than being swept along.

In the end, Iñárritu will always be an awards darling so long as he produces works such as The Revenant, but this work remains as cold as the snow-bound landscapes he portrays.