One of the more pleasant surprises I’ve had recently was to have received the baton from the lovely Ruth at FlixChatter for the 10 Most Influential Directors of All Time Blogathon relay.

The Blogathon was the brainchild of John at Hichcock’s World. It’s a brilliant idea and John sums it up nicely: “I have compiled a list of 10 directors I consider to be extremely influential. I will name another blogger to take over. That blogger, in their own article, will go through my list and choose one they feel doesn’t belong, make a case for why that director doesn’t fit, and then bring out a replacement. After making a case for why that director is a better choice, they will pass the baton onto another blogger. That third blogger will repeat the process before choosing another one to take over, and so on.”

The baton has so far been passed to the following:

Girl Meets Cinema
And So It Begins…
Dell On Movies
Two Dollar Cinema
A Fistful Of Films
The Cinematic Spectacle
FlixChatter (Thanks for the banner logo Ruth!)

The original list had plenty of incredible directors on it, but as the baton has been handed down the list has become pretty damned impressive: 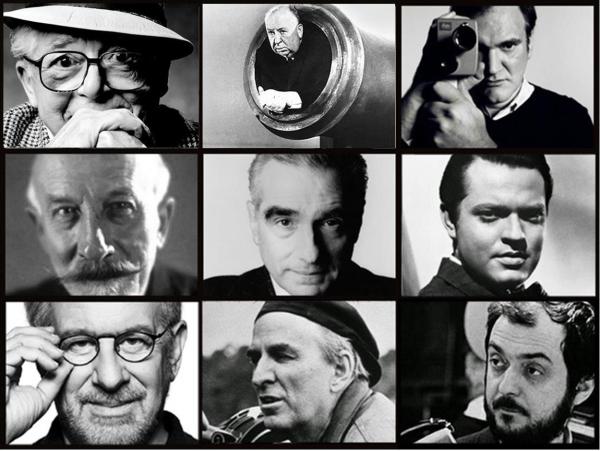 Ruth’s addition to the list was Billy Wilder and her justification was thus: “I’ve recently seen one of Wilder’s best, The Apartment, and I could see why his films are so beloved. He imbued such wit in his films, a dose of cynical humor. He also has a way with actors, having directed no less than 14 actors to Oscar-nominated performances. He’s also a versatile writer/director, as he excelled in numerous genres: drama, noir, comedy as well as war films. He’s one of those directors whose work I still need to see more of, but even from the few that I’ve seen, it’s easy to see how Mr Wilder belongs in this list.” 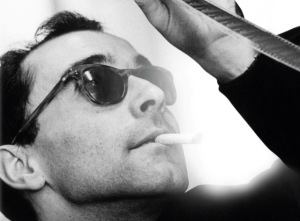 Man, this was an almost impossible decision. Godard’s still making movies aged 83 and there’s no denying the influence of his work. Breathless remains a defining work of the French New Wave and his 1964 film Bande à part was stolen by Tarantino for the name of his production company. The more I think about it, the less I’m sure, but compared to the others on this list I feel Godard’s influence has slipped and, as such, he doesn’t quite make it. Sorry Jean-Luc, but I suspect you’d feel that lists like this are way too bourgeois anyway. 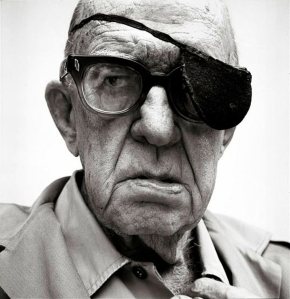 Reflecting on his masterpiece Citizen Kane, Orson Welles was asked who influenced what is still regarded as one of the greatest films ever made. Welles’ reply was simple: “The old masters, by which I mean John Ford, John Ford and John Ford.” He had reputedly watched Ford’s 1939 classic Stagecoach more than 40 times in preparation for his debut feature and he wasn’t the only one to have been drawn to the work of one of the most influential directors of all time.

An encounter with Ford proved to have a massive impact on a 15-year-old Steven Spielberg, who subsequently said of the great man: “Ford’s in my mind when I make a lot of my pictures.” Watch Saving Private Ryan‘s devastating D-Day landings sequence and War Horse and you’ll see Ford’s stamp front and centre.

Likewise, Martin Scorsese has cited The Searchers as one of his favourite films. Speaking about the film in the Hollywood Reporter, Scorsese said: “In truly great films – the ones that people need to make, the ones that start speaking through them, the ones that keep moving into territory that is more and more unfathomable and uncomfortable – nothing’s ever simple or neatly resolved. You’re left with a mystery. In this case, the mystery of a man who spends 10 years of his life searching for someone, realises his goal, brings her back and then walks away. Only an artist as great as John Ford would dare to end a film on such a note.”

The list goes on. Ingmar Bergman cited Ford as “the best director in the world”, while Alfred Hitchcock declared that a “John Ford film was a visual gratification”.

From the earliest days of film, through to the invention of sound and the introduction of colour, Ford remained a cinematic pioneer. Although best regarded for his westerns, he also made another masterpiece that defined a nation – The Grapes Of Wrath; while his incredible World War Two documentaries The Battle Of Midway and December 7th remain quintessential examples of the craft. For all this alone, John Ford should be regarded as The Great American Director.

Well, that’s me done, so now the torch passes to… Fernando at Committed to Celluloid. Good luck Fernando; you’re gonna need it!