The story behind one of cinema’s most magical family classics is told in a shamelessly self-congratulatory, but ever-so  supercalifragilisticexpialidocious way in Disney’s warm-spirited love letter. 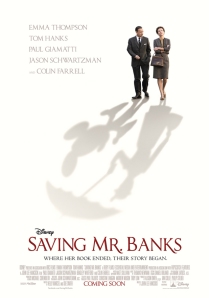 Saving Mr Banks may be a giant spoonful of sugar, but it’s charm and outstanding performances certainly help the medicine to go down

From the moment Julie Andrews flew in to the lives of the Banks family courtesy of her magic umbrella, generations of moviegoers young and old were swept away by Walt Disney’s beloved 1964 adaptation of P.L Travers’ iconic Mary Poppins. 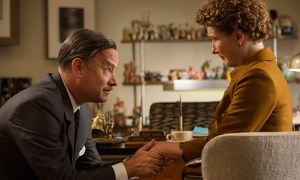 Saving Mr Banks chronicles the tireless efforts of Mr Disney (Tom Hanks) to persuade Mrs Travers (Emma Thompson) to relinquish the rights to her hugely popular children’s novel. Flown over to LA at the Mouse House’s expense, she attends a two-week workshop with co-writer Don DaGradi (Bradley Whitford) and composer/lyricists Richard M Sherman (Jason Schwartzman) and Robert B Sherman (BJ Novak) to determine whether she’s happy (or not) with the direction the studio wants to take with the picture. 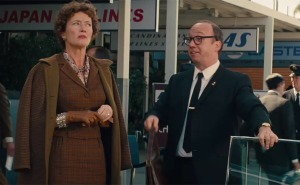 As Walt and co work on winning over Mrs Travers, the experience stirs up memories to her childhood spent in Australia at the turn of the century with her mother Margaret (Ruth Wilson) and alcoholic, but deeply loving bank manager father Robert (Colin Farrell). 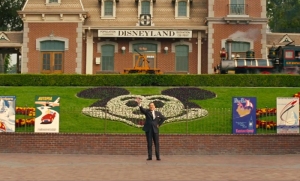 Disney has wallowed in the syrup of sentiment and schmaltz more than once, so it shouldn’t come as much of a surprise to learn a film in which the Mouse House raises a glass of milk to itself and celebrates the genius of its founder is unadulterated whimsy. But it’s whimsy with a heart and an old-fashioned charm that’s irresistible to resist.

The cast is truly splendid. Thompson, who’s seen too rarely on our screens, is terrific as the prim and proper sourpuss Mrs Travers, who must learn to let go of her painful past and trust in Mr Disney in order to finally move forwards. It’s a masterfully restrained performance, one that thaws authentically as she gets taken in by the genuine love and respect Disney and the gang have for the material. 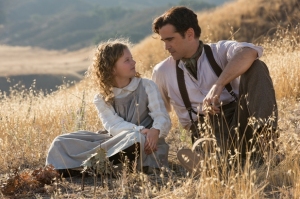 She’s matched by Hanks’ charming turn as ol’ Walt, a character that’s far removed from his recent turn as Captain Phillips. Hanks is perfect and brings a charismatic authority to the role that hints at the steely businessman who’s built an empire out of the vision of a friendly little mouse. The scene he shares with Mrs Travers late in the film when he talks about his difficult childhood and the significance her story has had both to his family and countless others is a textbook example of great acting by both Hanks and Thompson. 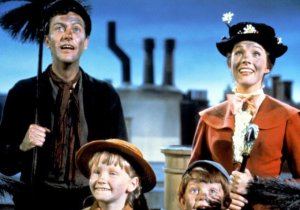 Paul Giamatti also gets a great cameo as Mrs Travers’ kind-hearted chauffeur Ralph. It’s the sort of turn that could drip with saccharine, but Giamatti gives it just enough bite.

The recurring flashbacks to Oz are perhaps the film’s weakest point and the parallel narratives between 1907 Queensland and 1961 LA are a little too neat and tidy, but John Lee Hancock’s thoughtful direction is both moving and genuinely funny.

Saving Mr Banks may be a giant spoonful of sugar, but it’s charm and outstanding performances certainly help the medicine to go down.