There’s nothing finer than a fine Woody Allen film and Blue Jasmine finds the bespectacled one in his richest form for many years. 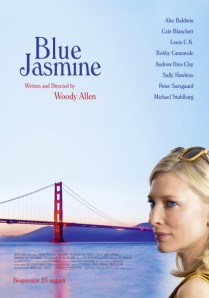 Allen may never again reach the dizzy heights of Manhattan or Annie Hall, but Blue Jasmine is a compelling character study and proves there’s plenty of life in the old dog yet

Allen’s mercurial career has seen more than its fair share of peaks and troughs over the past 50-odd years. When he’s good, he can be great as he was throughout the 70s and much of the 80s, but when’s he’s bad he can be terrible (2001’s The Curse Of The Jade Scorpion being one inglorious example). 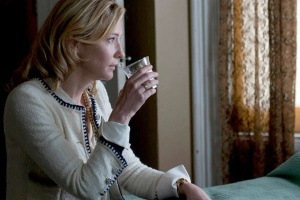 After decades of largely New York-based movies, Allen embarked on a European tour which, like much of his filmography, was a decidedly hit and miss affair. Blue Jasmine is his first US-set production since 2009’s forgettable Whatever Works and the return to home soil (all be it in San Francisco instead of the Big Apple) has served him well.

Although welcoming, there is an underlying tension between them which is exacerbated by Ginger’s new boyfriend, red-blooded greasemonkey Chili (Bobby Cannavale). Now forced to join the other 99 per cent, the stiff-necked Jasmine still maintains an aloofness fuelled by Martini and Xanex. She attempts to rebuild her life and spies in wealthy widower Dwight (Peter Sarsgaard) an opportunity to rejoin the social elite; however, her past can’t stay locked up forever.

The problem with so many of Allen’s films over the past two decades has been that they end up becoming weighed down by the baggage of being ‘a Woody Allen film’; whether it be the clunky narrative (the overrated Match Point, Scoop, Anything Else), recycled dialogue or faux-Allen twitchiness of some of his actors (Larry David in Whatever Works or, worst of all, Kenneth Branagh in 1998’s Celebrity).

Blue Jasmine succeeds because it features believable characters instead of Allen caricatures and has one of his very best scripts. The film’s structure, which flits between the present and flashbacks to New York that reveal how Jasmine ended up in the here and now, is particularly effective.

The film is also incredibly well served by the excellent cast, led by Blanchett’s tour de force performance. It’s hard to believe it’s taken quite so long for her and Allen to work together, but it was most definitely worth the wait.

Jasmine is one of Allen’s most memorable creations and Blanchett fully inhabits the character in a warts-and-all turn that’s equal parts pathetic and self-destructive. Like a bull in a china shop, Jasmine is a ticking time bomb of delusional self-entitlement, self-loathing and toxic depression. When she’s not babbling to herself and railing at the injustice she perceives she’s suffered, she’s trying her best to persuade Ginger to ditch Chili in favour of someone more refined.

Hawkins holds her own against Blanchett and turns in a perceptive and subtle performance. Ginger isn’t just a working class girl with a heart of gold; she makes mistakes and has a difficult past to contend with, as shown through her failed marriage to Augie (an unusually restrained Andrew Dice Clay). 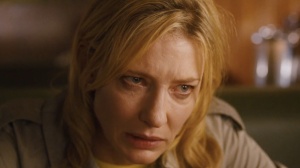 Bobby Cannavale is a lot of fun as Chili, although the comparisons to A Streetcar Named Desire‘s Stanley Kowalski are a little off; for one thing Chili’s tear ducts get more of a workout than Brando’s ever did. That being said, Blue Jasmine‘s similarity to Streetcar… is difficult to ignore.

One area where the film falls down is in the soundtrack. As usual, Allen goes for a jazz score, but when a jaunty number suddenly plays over a dramatic scene, as is the case towards the end of the film, it has a habit of taking you out of the moment and undermining the fine work being done by Blanchett and company.

Allen may never again reach the dizzy heights of Manhattan or Annie Hall, but Blue Jasmine is a compelling character study and proves there’s plenty of life in the old dog yet.