The greatest show on Earth proved to be the greatest showcase on Earth for a faction of radical Palestinian terrorists one fateful day in September during the 1972 Olympic Games in Munich. 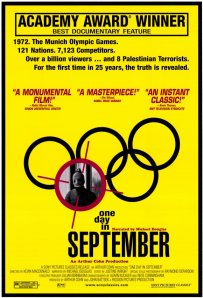 Despite a few rough edges here and there, One Day In September is a powerful and absorbing experience that grips like a vice and refuses to let go until its shattering climax

Following the 1936 Berlin Olympics, which had been turned into a Nazi propaganda tool for the master race, and less than three decades after the end of the bloodiest war in human history, West Germany sought to find some sort of catharsis through the Munich Games and move on from its recent past by projecting a positive image of itself to the world.

The symbolism surrounding the event wasn’t lost on anyone – diabolical Nazi war crimes led to the foundation of a Jewish state following the war and now Israel was sending athletes to compete on German soil. Promoting itself as the Games of peace and brotherhood, security was intentionally lax within the athletes’ village, which meant it was easy for eight members of the Palestinian Black September organisation to make their assault and kidnap 11 Israeli athletes on 5 September 1972.

Kevin Macdonald’s gripping documentary recounts the awful chain of events that took place over the ensuing 21 hours, from the initial confusion over what was going on, through to the attempts at negotiation with the terrorists, the German authority’s botched ambush operation and the final, bloody firefight at Fürstenfeldbruck Air Base, which led to the massacre of all the hostages, a German police officer and five of the eight Black September members.

Macdonald doesn’t do anything particularly radical with the format – the film is made up of archive footage, talking head interviews and digital reconstructions of the final confrontation – but through skilful editing he has you on the edge of your seat throughout.

The film’s major coup was in securing the first known interview with Jamal Al-Gashey, the only surviving member of the terrorist cell who, still in fear for his life from Israel’s national intelligence agency Mossad more than 25 years after the incident, appears on camera wearing a cap and sunglasses and with his face blurred. 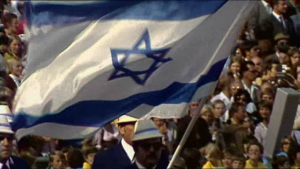 Al-Gashey speaks to the mood of both his compatriots and the hostages during the crisis and clearly remains proud of what he achieved. Macdonald, however, possibly out of fear of losing his ace in the pack, makes little attempt to gain an understanding of precisely what led to his joining Black September and fails to put him on the spot to more fully explain his actions.

Macdonald has greater success in his other interviews, particularly Walther Tröger, Mayor of the Olympic Village, who was among the first to encounter the terrorists, and General Ulrich Wegener, who rather hangs himself by adopting a somewhat glib attitude towards the tragedy (he founded Germany’s counter-terrorist unit GSG 9 in the wake of the incident). 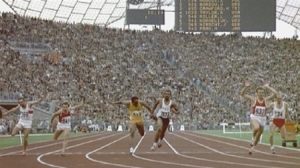 Indeed, the actions on the part of the German authorities seem clueless and Macdonald isn’t afraid to stack the blame on their shoulders. This hapless ineptitude was reinforced when tracksuit-wearing border guards with no experience of handling firearms were drafted in to retrieve the hostages at the athletes’ village, only to have the ill-conceived operation aborted at the last minute because their every move was being reported live on TV and could be seen by the terrorists.

Furthermore, the calamitous rescue attempt at the air base was given little or no chance of success when a group of German police officers waiting to ambush the terrorists voted at the last moment to abandon their mission, while snipers positioned at the air base had no way of communicating with each other.

ABC anchor Jim McKay, whose rolling news provides the commentary for One Day In September

ABC anchor Jim McKay, whose rolling news provides a sort of commentary for the film, gave the most fitting and sombre of epitaphs on hearing of the massacre when he said: “When I was a kid my father used to say ‘Our greatest hopes and our worst fears are seldom realized’. Our worst fears have been realized tonight. They have now said there were 11 hostages; two were killed in their rooms yesterday morning, nine were killed at the airport tonight. They’re all gone.”

It wasn’t just the German authorities who came in for flak; there was also anger that the International Olympic Committee decided to continue the Games in spite of the tragedy unfolding in its own back yard and only later bowed to intense international pressure to impose a suspension. The film also shows footage of athletes remarkably – and obscenely – sunning themselves just 200 yards away from where their fellow competitors were being held hostage. 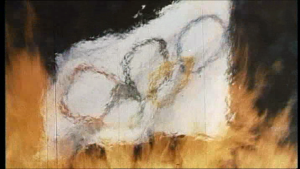 It’s details such as this that set One Day In September apart and help to explain why the film won Best Documentary at the 2000 Academy Awards. As well as the exhaustive research that’s clearly gone in, Macdonald is also well served by Michael Douglas’ measured narration.

The film has come under fire, not least of which by the late Roger Ebert, for choosing to accompany a montage of pictures of the victims’ corpses with a rock score (specifically Deep Purple’s Child In Time). The scene would have worked better without music – the images speak for themselves – but in fairness this can probably be put down to the naive decision of a first-time filmmaker.

Despite a few rough edges here and there, One Day In September is a powerful and absorbing experience that grips like a vice and refuses to let go until its shattering climax.