I recently ran the Debuts Blogathon with Chris at Terry Malloy’s Pigeon Coop which examined the first features of directors from the length and breadth of world cinema.

One of the areas I was keen for each entry to examine was whether a director’s early output matched their later work. It’s rare to find a director with an unblemished record, but there’s nothing sadder than seeing one whose work you once fervently followed becoming a shadow of their former selves.

In the same way that too many highly respected icons of the big screen gradually transform themselves into jobbing actors (I’m talking to you De Niro), there are unfortunately numerous examples of directors whose later films are a stark contrast to their early career.

You may disagree with some or all of these, but the following are five directors who really should call it a day for the sake of their professional credibility.

Who are the directors you wish would call it quits?

From his under-appreciated stoner sci-fi debut Dark Star, Carpenter went on a near-spotless run that included such undisputed genre classics as Assault On Precinct 13, Escape From New York, Halloween, Big Trouble In Little China, They Live and, of course, The Thing. It was always going to be a challenge to keep that sort of hit rate up, but the poorly received Escape From LA ushered in a slow, steady decline. Carpenter’s since limped on to direct a number of critical and commercial failures, including the ill-conceived Chevy Chase-starring Memoirs Of An Invisible Man, Ghosts Of Mars and, most recently, the little seen horror The Ward. Although Carpenter’s involvement in the numerous shoddy remakes/reimaginings of his best films seems to take up more of his time these days, one can only hope he decides not to tarnish his once great reputation by sitting himself down again in the director’s chair.

It can be argued that it’s a little unfair to include Francis Ford Coppola on this list as his last three projects – Youth Without Youth (2007), Tetro (2009) and Twixt (2011) – are smaller, more personal films, but the decline in the quality of his output is sad indeed when you consider what a titan he was. There was no greater filmmaker during the 1970s – The Godfather (1972), The Conversation (1974), The Godfather Part II (1974) and Apocalypse Now (1979) is as incredible a run as you’re ever likely to find – and Coppola recaptured some of this magic in his 80s movies Rumble Fish, The Cotton Club and Peggy Sue Got Married. But the wheels started to fall off with 1990’s The Godfather Part III (not a terrible film by any means, but a pale shadow of its earlier chapters) and by the time of the Robin Williams ‘comedy’ Jack Coppola had turned into what we hoped he’d never become – a hack-for-hire.

What the hell happened to M. Night Shyamalan? Or was he nothing more than a one-trick pony? The Sixth Sense announced Shyamalan’s arrival in some style, while its superior follow-up Unbreakable (his best film) and alien invasion movie Signs seemed to suggest he was the real deal (let’s forget the final five minutes of Signs just for now). Even 2004’s The Village had its moments, but the cracks started to show in 2006’s Lady In The Water, which features a film critic being horribly killed (in case you wondered whether Shyamalan has a sense of humour, that was your answer). From there his movies have continued to soil a once-promising career, most notably 2008’s The Happening, a film so baffling in its concept and so inept in its execution you have to admire the fact it got made in the first place.

Five years before Robert De Niro exploded onto the big screen in Martin Scorsese’s Mean Streets he got his big break in De Palma’s 1968 satire Greetings. De Palma actually gave De Niro his first screen appearance in The Wedding Party, released in 1969, but made six years earlier. For this alone De Palma deserves credit, although he didn’t need Bobby’s help to direct some genuine classics of late 70s and 80s American cinema, including Carrie (1976), Blow Out (1981), Scarface (1983), The Untouchables (1986) and the troubling Casualties Of War (1989). His last great work – Carlito’s Way – was made 20 years ago and in the intervening period his career has gradually nose-dived, from clunky sci-fi Mission To Mars, to the heavy-handed War on Terror polemic Redacted and deeply disappointing The Black Dahlia, which merely underlined his status as the poor man’s Alfred Hitchcock. To make matters worse, his most recent film, 2012’s Passion pales in comparison to his earlier erotic thrillers. Time to bow out Brian. 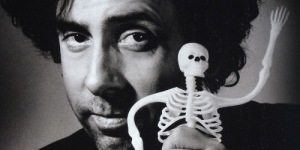 There was a time when I awaited a new Tim Burton film with genuine anticipation. In the late 80s and 90s Burton was responsible for a whole new aesthetic in Hollywood moviemaking. Burton-esque even became a term to describe a certain brand of weird and wonderful cinema, while his surprising appointment as the director of 1989’s hugely successful Batman became the template used by Marvel two decades later (Kenneth Branagh being chosen to direct Thor, for example). Burton has generally been at his best when sticking to more personal material; the problem is that he doesn’t stick to this, choosing instead to clutter his filmography with ever-more disappointing big budget studio pictures, from the misguided Planet Of The Apes remake, to the lacklustre Charlie And The Chocolate Factory, woeful Alice In Wonderland and boring Dark Shadows. There was hope in 2012’s Frankenweenie, but when taken alongside his recent output this feels like a blip in an otherwise stalled career.