Calling all bloggers! Myself and the stupendous Terry Malloy’s Pigeon Coop are jointly hosting our first blogathon … and we want you to join us!

Speaking for myself, a blogathon is something I’ve wanted to get off the ground for a long time and I’m delighted to be working with the critical heavyweight Chris Thomson – aka Terry Malloy’s Pigeon Coop – to finally host one. 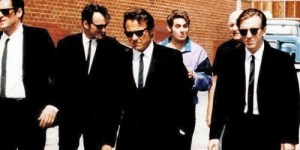 The ‘Debuts’ blogathon will, as the name implies, focus on directors’ first features (shorts not included), whether that be some little known work no-one’s heard of or a breakthrough piece that catapulted them to stardom. All directors, be they legends of the silver screen or plain old also-rans start somewhere and it’s fascinating looking back at a director’s first film to see how their work has matured, improved or steadily declined over subsequent features.

And this is, of course, where you come in. Do you have a director whose debut you think deserves to be put in the spotlight? Maybe you’d like to look at Tarantino’s Reservoir Dogs? Or Jean-Luc Godard’s A Bout de Souffle? How about Sam Raimi’s The Evil Dead or Orson Welles’ Citizen Kane?

Chris and I are getting our choices in early – perks of hosting a blogathon. I’m going to be examining Steven Soderbergh’s Sex, Lies, and Videotape, while Chris is focusing on Stanley Kubrick’s Fear & Desire. Aside from those two, the world of directorial debuts is your oyster. 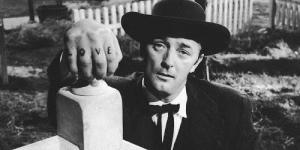 Charles Laughton’s The Night of the Hunter

Is there a movie director whose debut feature you’d like to re-examine? If so, then make sure to contribute! We’re looking to run the blogathon from Monday, September 2, probably for about a week or so. Before you get cracking, however, please drop me an email at threerowsback@gmail.com or email Chris at chris1039@hotmail.com by Sunday, August 25 letting us know who you’d like to write about (just so we don’t get duplicate posts) or for more info.

We’ll stick out a few reminders over the coming weeks, but as we may well put a cap on the number of entries, we advise that you get in early to avoid disappointment (ours as much as yours).

We’re looking forward to receiving your posts for what we’re hoping will be a diverse and fascinating blogathon. Thanks for reading and we hope to hear from you soon! Most importantly, though, GET INVOLVED!