Never let the truth get in the way of a good story, especially when it’s told with as much, well, ecstasy as Michael Winterbottom’s chaotically crazy paean to the high watermark of the Manchester music scene. 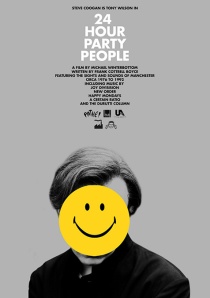 One of the best British movies of this century’s first decade, 24 Hour Party People has pills, thrills, bellyaches and plenty more besides

Paraphrasing John Ford’s The Man Who Shot Liberty Valance, local TV reporter and music impresario (and the ultimate unreliable narrator) Tony Wilson would rather “print the legend” given the choice between that and the truth and Winterbottom and screenwriter Frank Cottrell Boyce are happy to go along.

Wilson is a singular figure and, played by Steve Coogan as Alan Partridge’s cooler, more successful brother, is as clever as he is funny, arrogant, pseudo-intellectual and eccentric. Although claiming at one point that “this is not a film about me; I’m a minor character in my own story” (in one of the film’s many fourth wall-breaking moments), 24 Hour Party People, like Madchester itself, wouldn’t exist without him. 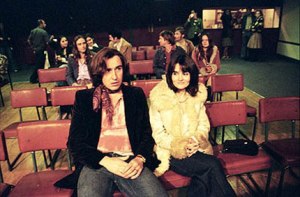 Winterbottom and Coogan gleefully pull the rug from under the audience right from the beginning of the movie, which starts in 1976 with Wilson throwing himself off a hill while attached to a hand-glider. After the elation comes the danger and finally the inevitable crash. Before we can work out the scene’s a metaphor for what’s to come, Wilson gets there ahead of us, saying straight to camera “obviously it’s symbolic, it works on both levels”. He goes on to add: “All I’ll say is … Icarus – If you know what I mean, great. If you don’t, it doesn’t matter; but you probably should read more.”

When not presenting quirky items that generally show up on the “And finally…” section of news programmes, Wilson fronted So It Goes, one of the only avenues in which to discover exciting new music before the days of the world wide web. In June 1976 he and 41 other people (including his first wife Lindsay, played by Shirley Henderson) attended the Sex Pistols’ seminal Manchester Lesser Free Trade Hall gig (which Winterbottom cleverly films by intermingling archive footage for the close-ups of the Pistols) alongside the future movers and shakers of Manchester music (as well as Simply Red’s Mick Hucknall, who doesn’t count). 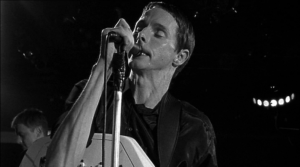 Through that gig, Wilson met Ian Curtis (Sean Harris) and the other members of soon-to-become post-punk poster boys Joy Division and created Factory Records. The film follows the crazy highs and the crazier lows of Factory’s turbulent existence, from Joy Division through to New Order (formed by the surviving members of Joy Division after Curtis’ suicide in 1980), the Happy Mondays, the Hacienda nightclub, the birth of rave culture and the inevitable implosion. 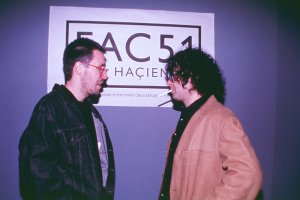 Winterbottom purposefully splits 24 Hour Party People into two distinct sections – everything that went on prior to Curtis hanging himself and everything that happened after. Curtis is given the respect he deserves; it’s through his band that Wilson formed Factory in the first place and his suicide is dealt with sensitively and suddenly. Harris’ portrayal of the troubled singer is excellent and particularly captures his intense and contorted on-stage persona (he’s even better than Sam Riley in 2007’s Control, the more autobiographical film about Curtis).

Following Curtis’ death, the film gets increasingly anarchic, reflecting both the times and the head space of Wilson, who doesn’t help himself by making a series of rash financial decisions in the name of art. He doesn’t care, for instance, when told Factory will lose money on every copy of New Order’s elaborately designed gatefold 12″ of Blue Monday as he thinks it won’t sell – only to be proved disastrously wrong when it goes on to become the highest-selling 12″ single in history. 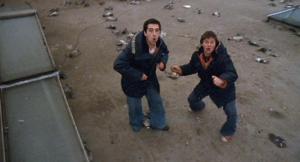 Likewise, in spite of the fact the Hacienda is haemorrhaging cash he invests in new offices, which include a zinc roof that can only be observed from a helicopter and a £30,000 boardroom table that’s as pointless as it is cheap-looking. That was the dichotomy of Wilson; a can-do entrepreneur Thatcher would undoubtedly have been proud of had he not helped to usher in rave culture. 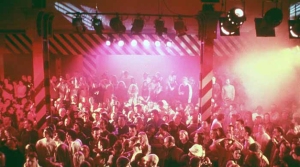 It also features a whole host of cameos, many of whom are used imaginatively in the movie, not least of which the real Tony Wilson as a TV producer lambasting the other Wilson’s presentation skills. In another inspired moment, Wilson recalls his wife having sex in a public toilet with Buzzcocks frontman Howard Devoto. As he walks out the camera pans to a cleaner who happens to be the real Howard Devoto, who turns to the camera and says: “I definitely don’t remember this happening.”

Despite the nods to Partridge, Coogan gives the role far more nuance than he’s credited for and clearly relishes the opportunity to flex his acting muscles. He’s arguably never been better.

Needless to say, if you’re a fan of Manchester’s music scene from the late 70s to the early 90s you’ll be in seventh heaven when it comes to the soundtrack (there’s no Stone Roses or Oasis here, however; they’re not part of the Factory story).

One of the best British movies of this century’s first decade, 24 Hour Party People has pills, thrills, bellyaches and plenty more besides.