We’ve all wished at least once in our lives for the opportunity to go back and do things differently. 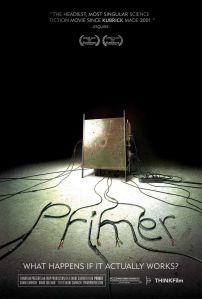 We have to contend ourselves with the fact that hindsight  is all we have, but in the movies where anything is possible, that wish can be fulfilled.

The gift that keeps on giving when put in the right hands, time travel has provided the backdrop to lots of great motion pictures over the years, most recently Rian Johnson’s action flick Looper.

Movies like Looper and the Back to the Future and Terminator franchises use the concept of time travel as the springboard to a popcorn-fuelled rollercoaster ride. On the flip side we have Shane Carruth’s serious, occasionally impenetrable but always absorbing Primer, a film that puts the science into science fiction and is quite possibly the last word in time travel. 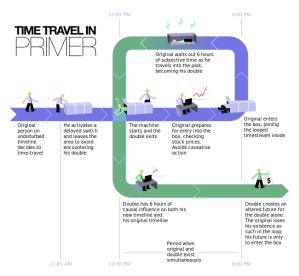 Made for just $7,000 and released to award-winning acclaim at the 2004 Sundance Film Festival, Carruth’s debut feature remains as much of an enigma today as it did when it first left critics and moviegoers scratching their heads almost 10 years ago.

At its heart a cautionary tale about the dangers of possessing ingenuity and an insatiable curiosity, Primer concerns itself with Aaron (Carruth) and Abe (David Sullivan), white-collar engineers by day and amateur inventors by night who stumble on a means of time travel. 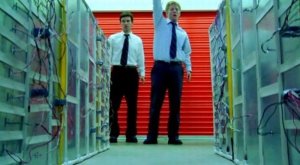 Primer is as far removed from big budget bombast as you can get. Aaron and Abe work from a suburban garage, while the device itself is nothing more than a box (no DeLoreans here), hidden away in a self storage lock-up. Carruth frequently shoots his characters in long shot, as if he’s eavesdropping on their rapid-fire, tech-heavy dialogue and this is reflected in the actions of Aaron and Abe, who coolly observe events around them from a safe distance.

Described by Abe as “the most important thing that any living organism has ever witnessed”, the pair are nervous at first, unsure of how best to proceed with their momentous invention. However, it doesn’t take long before greed and ambition take over and their “reverse engineering” of the past gets out of control. 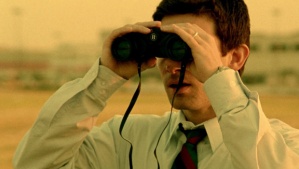 The film’s tagline – ‘what happens if it actually works?’ – speaks to Carruth’s documentary-style approach while the decision to film on grainy 16mm, financial constraints not withstanding (this was before digital had become all-pervasive), lends a matter-of-fact realism.

The director (who also wrote, produced, edited and wrote the music for the film) cleverly shows how even the extraordinary can become routine with lines such as “Are you hungry? I haven’t eaten until later this afternoon”, and “I think my body’s getting used to the 36-hour days”. 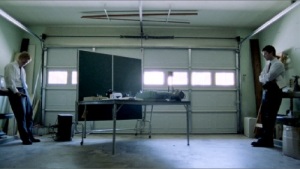 Primer‘s cerebral, scientific approach to time travel will certainly infuriate many and leave most others discombobulated. Carruth makes no concessions to his audience and what little action there is centres on the two tech heads talking excitedly among themselves whilst tweaking a large metal box.

That being said, like most time travel films it largely avoids dealing with the thorny issues of causality and paradox (Looper, for example, jokingly shrugs it off by having Bruce Willis’ Old Joe Simmons refusing to talk about it to his younger self (Joseph Gordon Levitt) because they’d end up spending hours “drawing diagrams with straws”). Aaron refers to the age-old question of whether you’d exist if you went back in time and killed your mother before shrugging it off and stating that “it has to work itself out somehow”.

Primer is a  fascinating puzzle that expects you to keep up (the final 20 minutes are almost maddening in their complexity). Those looking for crazy-haired scientists, killer robots or cool time machines are barking up the wrong tree here, but give yourself in to Carruth’s unique vision and it’s sure to stick in the mind long into the future.