For a film that puts so much currency in science, Christopher Nolan’s most grandly ambitious work to date ultimately asks us for something far more down to earth – our faith.

As a spectacle, Interstellar is astonishing and its ambition is virtually unmatched, but an overblown final act means we’re going to have to wait that little bit longer for Nolan’s masterpiece

In many ways Interstellar can be seen as a companion piece to Robert Zemeckis’ Contact. Aside from starring Matthew McConaughey and featuring imput from theoretical physicist Kip Thorne, the galaxy-spanning premise of both films is grounded by a seemingly impossible human connection between a daughter and her father.

The hard science at the core of each movie gradually gives way to a far more intimate tale wherein love is the rocket fuel that propels us to the closing credits and faith, when given into, can transcend time and space. In that respect it also bears more than a passing resemblance to Solaris (more the Steven Soderbergh version rather than Andrei Tarkovsky’s 1972 Russian classic).

Watching Interstellar, the excitable talk surrounding the picture prior to its release was that Nolan had delivered his masterwork; his 2001: A Space Odyssey. While there are obvious threads to Kubrick’s magnum opus and Hans Zimmer’s use of organs is as direct a nod as you’re ever likely to get, this is a very different animal; one that, for good or ill, is a product of 21st Century moviemaking.

Nolan’s script, written with his brother Jonathan (who originally penned it with Spielberg in mind to direct, interestingly), falls into the trap of so many sci-fi films before it (2001 notwithstanding, it must be said) of turning certain characters into walking exposition announcers. Michael Caine is particularly ill-served in this regard as Professor Brand, who very swiftly convinces NASA test pilot-turned-farmer Cooper (McConaughey) to leave his kids Murph (Mackenzie Foy) and Tom (Timothée Chalamet) in the care of father-in-law Donald (John Lithgow) in order to embark on a grand quest to save humanity.

Professor Brand (Michael Caine) spells it out in Interstellar

The lapses in logic that marred The Dark Knight Rises (exactly how did a penniless/passport-less Bruce Wayne get back to Gotham City from the arse end of nowhere?) come back to haunt Nolan here. Glaring moments, such as when fellow crew member Romilly (David Gyasi) gives a ‘wormholes for dummies’ talk to Cooper as they are about to enter one (as opposed to before they’d even left Earth, for example), pull you out of the film.

The criticism often lazily thrown at Nolan that he’s too ‘cold’ and doesn’t invest enough in his characters doesn’t stand up to closer scrutiny here, thanks largely to a committed cast who work extremely hard to overcome the occasionally clunky script. McConaughey anchors the film as an everyman who never forgets the reason why he’s risked life and limb travelling thousands of light years from home. He’s smart enough not to overdo it, which gives his big moment when an increasingly distraught Cooper watches a series of family videos transmitted from Earth that much more impact.

TARS comes to the rescue in Interstellar

Anne Hathaway successfully convinces as Cooper’s fellow intrepid astronaut Amelia in spite of having to utter more than a few leaden lines, while Jessica Chastain’s flinty-eyed scientist adds heft to her scenes as she tries to save an Earth succumbing to blight and ferocious dust storms that resemble something out of The Grapes Of Wrath.

If the script doesn’t entirely convince, the visuals surely do and it’s here that Interstellar goes, well, interstellar. Right from his devious debut film Following, Nolan has proven extremely adept at knowing what to do with the camera and over the course of an increasingly revered career has continued to refine this skill. He also tries where possible to use physical effects in-camera rather than relying on CGI and by having his actors interact with replicas of spacecraft or go on location to an Icelandic glacier (captured beautifully by the director’s new cinematographer Hoyte van Hoytema) to represent an alien world adds an authenticity that computer effects cannot match.

The film’s several set pieces are edge-of-the-seat stuff, in particular an enthralling sequence in which Cooper attempts to dock with a damaged mothership. It’s in these near-wordless moments when Zimmer’s bombastic score lifts the film, but too often elsewhere the soundtrack ends up overcooking the tension and drowning out sections of dialogue. 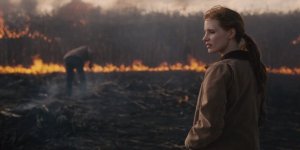 The crew’s robot companions TARS (humourously voiced by Bill Irwin) and CASE (Josh Stewart) – which resemble 2001-esque monoliths when motionless – are both believable in their functionality and engaging in their own right. We root for them in the same way we would Cooper or the rest of the crew and form a genuine emotional bond in much the same way as we do with Dewey, Huey and Louie in Silent Running.

As a spectacle, Interstellar is astonishing and its ambition is virtually unmatched, but an overblown final act means we’re going to have to wait that little bit longer for Nolan’s masterpiece. The question now is, where does he go from here?

To do a film about one of the darkest chapters in human history justice, it needs the sort of uncompromising and unflinching directorial stamp that Steve McQueen brings. 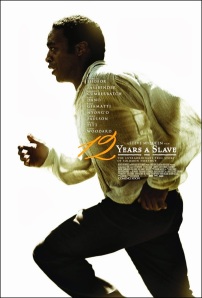 Not for the faint of heart, and neither should it be, 12 Years A Slave is, as befits the director’s original vocation, a work of art

The British Turner Prize-winning artist’s two previous films, 2008’s Hunger and Shame (2011) both explored the outer limits of human behaviour and have remained as critically divisive as they are intransigent.

However, McQueen has broken out to a far wider audience with his remarkable adaptation of Solomon Northup’s 1853 autobiography, whilst staying true to his unique filmmaking sensibility. 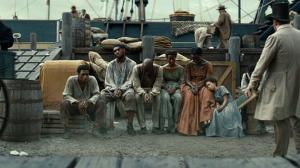 Solomon (Chiwetel Ejiofor) is an accomplished violinist living with his wife and children in New York when he is deceived into accompanying two men to Washington, where he is kidnapped, transported to Louisiana and sold into slavery. The next dozen years are a living hell as he’s first ‘bought’ by hypocritical plantation owner William Ford (Benedict Cumberbatch) before being sold on to a different ‘master’ in the form of the psychopathic and paranoid Edwin Epps (McQueen regular Michael Fassbender) to work on his cotton plantation.

Epps, like most of his kind, sees Solomon – renamed Platt – and the other slaves as nothing more than mere possessions which he can do with as he pleases, most sickeningly to the timid Patsey (Lupita Nyong’o) whom he abuses repeatedly. As the brutality the sadistic Epps metes out to the slaves goes on seemingly without end, Solomon’s resolve and spirit gradually erode as despair and hopelessness at the thought of ever seeing his family again eat into his soul.

However, what few films about slavery there have been have almost all shied away from what life must have really been like for thousands upon thousands of people who were bought and sold as if they were apples and oranges. As tough as it is to watch (and it can be extremely tough at times), to water it down would have been a far bigger crime.

McQueen has cited the dark and bewitching work of Spanish painter Francisco Goya as a major influence on the film’s aesthetic design. It makes sense; just as in Hunger, there’s a hypnotic horror at work here that’s all the more potent for being so masterfully shot (the director’s signature lengthy takes and static shots are both liberally employed). Scenes of unfathomable suffering are bookended with moments of beautiful tranquility worthy of Terrence Malick – a sort of calm before and after the storm.

One of the film’s most distressing scenes comes when Solomon is saved from hanging at the hands of the racist overseer John Tibeats (Paul Dano), but is left for hours on the verge of suffocation with his toes barely touching the muddy ground while other slaves go about their daily work and children play in the background. It’s a quietly chilling evocation of the institutionalism of slavery. 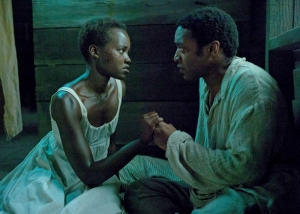 Another memorable shot comes early in the film when a chained Solomon stares helplessly out of his Washington cell as the camera pulls up to show The White House – a supposed symbol of justice and equality.

However, perhaps 12 Years A Slave‘s most devastating image comes when Solomon breaks the fourth wall and stares hollow eyed at the audience in hopeless exasperation. For me, it’s the single greatest shot of any film this year.

Ejiofor is simply magnificent is the central role. The horrors he is forced to witness and participate in etch themselves on his face. The actor loses himself in the part and is mesmerising to watch. 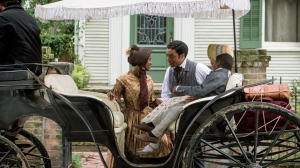 Many of the film’s supporting cast are superb, in particular the incredible Nyong’o as the tragic Patsey and Fassbender, whose bravura performance as Epps is terrifying and genuinely unhinged. While Django Unchained‘s plantation owner Calvin Candie got all the best lines, there’s nothing glamorous to Epps; he’s just a monster whose evil is as ferocious as it is deadly.

It’s not a perfect film; John Ridley’s screenplay is a little too on-the-nose at times, especially in the scenes between Solomon and a noble Canadian labourer played by Brad Pitt, who gets to speechify about the sin of slavery. In addition, the radiance of the scenes with Solomon’s family early in the film tries too hard to exacerbate the darkness that is to come.

These are insignificant quibbles, however, in a film that comes as close to visual poetry as I’ve seen for a long time. Not for the faint of heart, and neither should it be, 12 Years A Slave is, as befits the director’s original vocation, a work of art.