And now the end is here and so I’ve reached the final curtain of what has been a splendid London Film Festival.

Regrets? Yeah, there’s been a few I guess. When I got my LFF catalogue through the post and began planning what I wanted to watch, Russian film How I Ended This Summer was on my list but had to be dropped due to a clash with another movie. 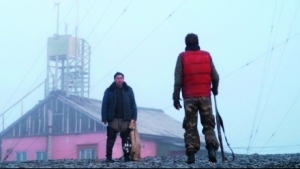 How I Ended This Summer

It sounded intriguing enough, so it was a source of frustration to learn it had scooped Best Film of the festival. I managed to catch the Best Film at last year’s LFF – the quite superb A Prophet (my favourite of 2009) – and kind of hoped I would manage to get it right again. Never mind.

I really wanted to watch the Danish documentary Armadillo about a group of young Danish recruits sent to Afghanistan and found out of their depth. The Tillman Story which I did catch and enjoyed lost out to Armadillo in the Best Documentary category. Oh well.

At some point I’ll try to make an effort to watch some of the more experimental stuff the LFF has to offer. But the thing with these events is that you could end up spending 12 hours a day shuttling from screening to screening and still not see everything you want.

Unless you’re a member of the press and, as such have an access all areas pass into any screening, the cost can become prohibitively expensive. While we’re talking turkey, and in case any LFF organiser is reading this (unlikely I know), it makes no sense to me that a festival pass hasn’t been introduced yet. Most festival goers I suspect are like me and wish to see multiple films, so why there isn’t a pass offering a discount for big bookings is a bit dumbfounding.

Right at the start of this series of blogs I railed against people who got on my nerves in screenings. To be fair, this year hasn’t been as bad, but there have still been numerous occasions when some irritating swine seems to think they are watching a film in their own living room and, as such, have carte blanche to talk/text/breathe too loudly/spread themselves out too much etc.

The most irritating thing way too many people have done this year though is turn up after the film has started. The worst I clocked was a couple who arrived an hour after a film started. I mean, what’s the point of that? You might as well go and have a drink instead, for f*ck’s sake.

The situation was made worse when a foreign language film was being shown and, instead of feeling embarrassed and taking their seat extra quick, many people would stand in the aisle watching the film and slowly take their coats off, blocking the view for the likes of me. There’s a word for people like this and I think you might know what that word is.

Cinemas (and I mean this as a general rule) should enforce a system which doesn’t allow anyone arriving for a screening to be allowed in 10 minutes after the film has started. That’s a fair timescale I think and it might make people think twice, especially when they arrive late carrying their own body weight in popcorn and enough soft drink to fill a swimming pool.

So ends a strong LFF for another year. It’s events like this that belie that tired old moan from people who complain films aren’t as good as they used to be. They are, you just have to be prepared to root them out and the LFF gives you ample opportunity to do this.

Long may this festival continue and I’ll be sitting three rows back hoping no-one will get on my nerves.